You are here: Home > OCTOPUZ welding gives companies an edge over competition 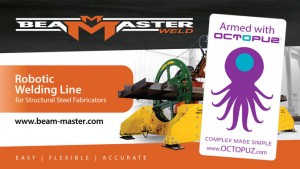