You are here: Home > From Skills Canada to WorldSkills with Mastercam

With the ultimate goal of fostering passion and excitement for the skilled trades, Skills Canada hosts provincial competitions across the country which give students the chance to apply what they’ve been learning in a competitive environment.

Two of these candidates won their way to the 45th WorldSkills being held in Kazan, Russia this August, 2019. Keven Tremblay (KT) is representing Canada for milling and Rashad Ali (RA) for turning. In-House Solutions provided Mastercam and laptops for both local and national competitions as well as on-site support along the way.

We asked Keven and Rashad a few questions to get to know them better: 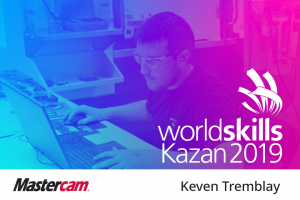 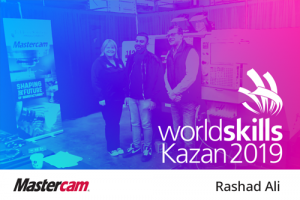 How did you first become interested in programming and CAM?

How has participating in Skills events benefited you so far, and what are you looking forward to most about the WorldSkills?

(KT) Participer à Skills Canada a été une excellente occasion d’apprentissage. Tous les trucs, astuces et raccourcis, qui m’étaient inconnus auparavant, me permettent maintenant de gagner beaucoup de temps en programmation. J’ai beaucoup appris de cette expérience et j’espère pouvoir utiliser toutes ces connaissances lors de WorldSkills.
(Participating in Skills Canada has been a great learning opportunity. All the tips, tricks and shortcuts which were unknown to me before, now allow me to save a lot of time when programming. I learned a lot from this experience and I hope to put all this knowledge to use at the WorldSkills.)

(RA) Participating in the Skills competition has given me the chance to learn so much more about CNC machining. It has also let me experience things about machining that I might never have got the chance experience otherwise. The training that I received is something that I truly value and I feel like it will be beneficial to me for many years to come. The thing I’m looking forward to the most about the WorldSkills is that I finally get to show the skills that I have been building for the past year. It also gives me a chance to see how much more I have yet to learn and where I can improve.

What are your plans after WorldSkills?

(KT) Dans les années à venir, j’aimerais reprendre l’entreprise à mon père pour poursuivre à faire grandir l’entreprise.
(In the near future, I would like to follow in my father’s footsteps as I take over the business and continue to make the company grow.)

(RA) I’m not too sure what my plans will be after the WorldSkills competition is over. I’m probably going to continue to work and get my Red Seal.

A little more about the finalists: 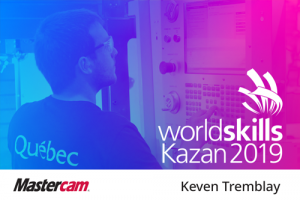 (Ever since I was young, I saw my father working in the field of machining. The factory was just in front of our house so I was lucky enough to be able to play in the factory, in all safety of course. This allowed me to get introduced to the trade early on. After high school, I completed a DVS in Machining Techniques (on conventional machines) which gave way into obtaining my AVS in CNC Machining as well as in Mold Making. I just wanted to learn as much as possible about 2D and 3D programming.) 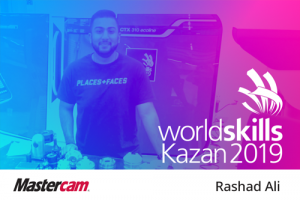 I was born and raised in Surrey, BC. I first became interested in machining when I was around 14. I was in a metal shop class in high school that had a couple of old  lathes and a vertical mill. I remember being fascinated by how precise that these machines could be. I loved the feeling of satisfaction I got when I made something that had been just a simple block of metal. I followed that interest and enrolled in the CNC Machinist Technician program at BCIT. At that point in time I knew almost nothing about CNC machining because I had only been exposed to manual machining up to that point. I feel my time at BCIT wasn’t wasted. I learned everything from how to file to how to program parts using Mastercam. Near that last eight months of the course, I was given an opportunity to compete in a provincial skills competition for CNC Machining. This opportunity was offered to me by the Chief Instructor, Marte Arreola. I won gold here in BC. That gave me the chance to compete in the nationals for CNC machining. I competed in Edmonton and won gold in the nationals. That same year they were doing the selection for Team Canada. I became a prospect for CNC Turning. I trained with Marte (Chief Instructor) to prepare for the selection event which was to take place at the next year’s national skills competition. Along with training, I also worked at a shop where I set up and operated a CNC mill. The selection event for both CNC Turning and CNC Milling was pushed forward a few weeks and happened before the rest of the selection events. I ended competing in Toronto and this would ultimately decide whether or not I would be able to compete in the WorldSkills competition. Fortunately, I won and was given a place in Team Canada for CNC Turning. After the selection event, I trained even more. My training took me to Germany, where I trained on the lathes that were going to be used at the WorldSkills competition in Russia.

In-House Solutions will be following their progress closely as they move on, and we wish Keven and Rashad the best of luck in the next stage of their adventure! WorldSkills 2019 will be held in Kazan, Russia from 22-27 August 2019.

I have been researching dynamic motion tool paths on your Mastercam youtube website and there is some very good information there. Our one programmer did a major part with dynamic motion and reduced the cycle time from 42 hrs. to 25 hrs. - Joerg Berger