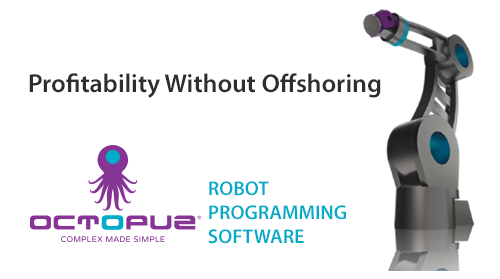 The question has been asked time and time again: when will the offshoring stop? Is there any possibility of North American manufacturing ever truly competing with foreign wages?

For years, Canadian and American manufacturing facilities have fallen victim to the offshoring decisions of corporate leaders, often solely for the increased profits that come from lower wages. Between 2000 and 2010, the United States alone lost over 56,000 factories due to offshoring (Gerard, 2016). This is largely due to the fact that when comparing Ontario’s minimum wage ($11.40 per hour in 2016) to a country overseas such as China (where the minimum wage has just been increased to $3 per hour), we can see dramatic differences in potential labour costs (Government of Canada, 2017).

The industry is in dire need of a revolution, including a shift in mindset that aids in preserving Canadian and American manufacturing jobs, which not so long ago, ruled the economy. The manufacturing of auto-motives is one of the largest industries in North America, setting industry standards by utilizing some of the most advanced and progressive technology. 57% of the total industrial robots used in Ontario are used in this industry, allowing for advances in robotics to increase exponentially. This is leading the robotics market to have a projected market value of $41 Billion in less than three years (Government of Ontario, 2016).

By integrating these industrial robots into current manufacturing facilities, we are able to drastically improve productivity which will then enhance competitiveness across the board. These robots allow factories to capitalize on large economies of scale due to their ability to produce products at a much more rapid pace, with increased accuracy resulting in consistently higher quality. It also averts the health and safety precautions necessary for humans to be in that position. Additionally, jobs where manpower is being replaced by machine power generally have the highest turnover rate. The decrease in turnover seen by this adaptation of robots will be able to save companies money on training and recruiting, with all saved costs being able to contribute to staying competitive with wages overseas (Hendley, 2015). Essentially, the more money companies are able to save locally, the less temptation there will be to offshore.

Studies show that manufacturers value talent and skill as the most critical forces behind remaining competitive in manufacturing (Association for Advancing Automation, 2017). This explains the high value placed on education within the industry, when comparing a post-secondary educated professional, to the competitive wages found overseas. With this in mind, twenty-four colleges in Ontario now offer automation and robotics-related programs (Government of Ontario, 2016). This increase in programs will not only encourage more students to choose this career path, but will also give opportunity for further advancements in the industry. Furthermore, this opportunity will also bring about the opportunity for higher investments in automation companies, as they will be equipped to generate efficient means of production to increase innovation and produce technological advancements. These retraining initiatives will create an easier transition period for companies, ensuring that these valuable employees are not lost throughout the process. This will allow North American workers to find employment in fields requiring a higher skill level which will increase employee satisfaction and corporate growth (Association for Advancing Automation, 2017).

The overall impact of decreasing offshoring and encouraging reshoring will have a very positive impact on the economy, as every dollar spent in manufacturing adds an additional $1.81USD to the economy (Association for Advancing Automation, 2017).This not only displays the importance of fostering growth of North American manufacturing jobs but also demonstrates how critical they are for a functioning and stable economy. The success and growth can all be made financially feasible by the implementation of industrial robots. By introducing these robots, companies will see success in the transition period as a large number of jobs will not be lost, but only shifted to utilize the skills of these workers. Allowing companies to remain extremely profitable while also eliminating the potential complications of offshoring will continually help encourage the growth of the North American manufacturing industry to restore it as a powerful driving force in the economy.