You are here: Home > Rubber 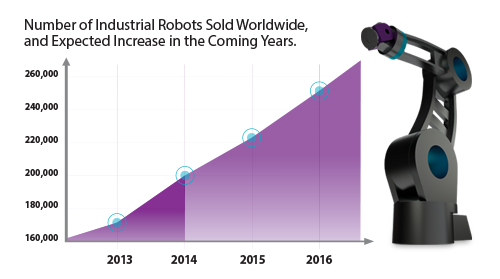 Last year, a record-setting 200,000 industrial robots were sold worldwide — an increase of 15 percent over 2013 and the highest number recorded to date according to the International Federation of Robotics (IFR). Between 2015 and 2017, robot installations are expected to increase by an average of 12 percent annually across various manufacturing sectors, notably […]

The Mill Level 3 course was excellent and finally convinced me to move on from version MC9; the software is excellent and will improve our production needs greatly.